The clown has always been a source of joy. He is an artist who puts on Lots of makeup, wears strange clothes and unusual shoes, and goes out to the theater to make audience laugh through dance and comedy.

This is the common image about the clown. But what does the legend say?

The clown basically is a wicked man who lives in a secluded cave near a remote village, during the winter he kidnaps children and eats them!

Although no one has ever seen this horrifying clown, and there is nothing to indicate his existence, but this legend, and other legends and scary stories, has made some people really afraid of clowns, and this fear gradually turned into a kind of phobia called (Coulrophobia).

There are several factors that may have contributed to the spread of fear of clowns, some with historical roots.

Ancient warriors put colored powders on their faces to appear horrifyingly, and the priests in the pagan temples painted their faces while offering bloody sacrifice to the gods.

There are also the jesters who were present in the royal court, they were seen as fools with a simple spirit and mind, but it was not always the case. Many of these jesters were clever and cunning, sometimes they used jokes and funny poetry to reach personal purposes and interests, and they may indirectly affect the king's decisions and cause some people to be humiliated, expelled or harmed. Perhaps this double character has made many people look at the clowns with caution.

Some of the fairy tales from the Middle Ages may have also contributed to the formation of a scary image of the clown, such as the legend of "Pied Piper of Hamelin" from medieval Germany, which researchers think it has some real roots. The legend talks about a piper who wearing multicolored clothing and carrying a magical pipe, no one knows who he was or where he came from. He kidnapped all the children of the city of Hameln to avenge the inhabitants who refused to pay his fees after he ridded them from rats that invaded their city. It is said that no one saw these children again, they disappeared forever.

Certainly literature and media played a key role in spreading phobia of the clowns. Since the mid-19th century, literary works have emerged with a negative image of the clown, and with the emergence of the film industry this image has been solidified through the horror films that showed the clown as a wicked and crazy killer, like Joker character in the famous Batman series, and Pennywise in the Stephen King’s novel (It) Which turned into a movie of the same title in 2017.

The irony is that horror films made the clown a murderer who kidnaps children and kills them, while clowns in real life work to make children laugh and happy.

In fact, the only killer that can be linked to the clowns is the famous American serial killer John Wayne Gacy, known as the killer clown, who raped more than 33 boys and then murdered them in a hideous manner and buried them under his house. The discovery of his crimes has provoked a wave of horror in the United States. But contrary to what is rumored, Gacy did not use the costume of the clown to deceive and kidnap his victims. He actually wore the clown's costume only a few times while attending charity parties, where he created a clown character named Pogo.

In fact, none of the legends and scary stories about clowns is based on reality. The only obvious truth about the clown is that he is a nice and creative artist who seeks to delight people, especially children, and bring joy to their hearts. Unfortunately, contemporary media is working hard to make his life and career difficult and miserable through films and stories that promote a distorted and unreal image of the clowns. 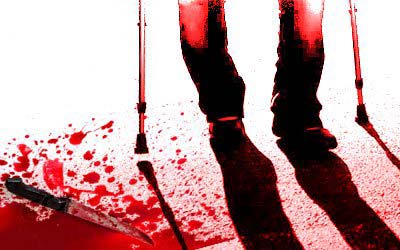 In an agricultural area covered by palm groves that seem to extend endless, ... 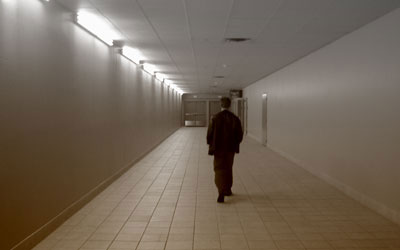 If there were giants, where did they go?

It makes us wonder how they reached their size? How did they come into ...