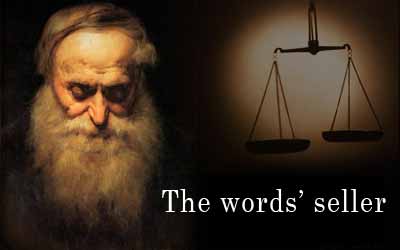 Once upon a time, a young man, who was recently fired of his job, went out to look for a new job. He only had six pennies. Suddenly, he found himself standing in front of a shop with an empty shopfront. Out of curiousity, the young man went in. The shopkeeper was sitting on his chair, and in of front of him there was a weighing scale.

The young man inquired: “what is it that you sell; Mister?”

The shopkeeper replied “I sell words”.

The young man smiled, mockingly; how come that he is selling words? Can words be sold? Pushed by his curiousity once again, the young man said, “I’d like a word, please”.

The shopkeeper replied: “Everything has a price young man, even words…” he added, “two pennies for each piece of words”.

The boy handed the two pennies to the shopkeeper. The shopkeeper said: “He, who trusts you, you should not betray him, even if you are a betrayer”.

The young man liked the advice. He found it valuable. He handed the shopkeeper another two pennies longing to learn more from him. The shopkeeper said, “Trust God wherever you are; for God helps whoever trusts him when they are in dire need for his help”.

The young man liked this as well. Again, he handed his last two pennies to the shopkeeper, and waited for the last advice. The shopkeeper said, “Don’t miss your lucky night”.

The young man did not like the shopkeeper’s last advice, but he kept it anyway, hoping that it might help him someday.

Days went by. The pilgrimage season arrived. As he had no children, the Pasha asked the young man to take care of his house and his wife, and left for the Hejaz (a location in Saudi Arabia).

One night, the woman called on the young man, and asked him to have an affair with her. Otherwise, she would shout and tell the neighbors that he wants to rape her – an act that may put him to death.

Suddenly, the young man remembered the advices he bought from the shopkeeper the other day. He remembered: “He, who trusts you, you should not betray him even if you are a betrayer”. And “Trust God wherever you are; for God helps whoever trusts him when they are in dire need for his help». The man asked the woman first to go to the bathroom. Once there, he asked God to help him get out of this dilemma. God’s response came quickly.  A hole opened in the bathroom’s wall and the young man escaped.

The pilgrimage season closed. The Pasha came back. The neighbors welcomed him and celebrated his return. However, he noticed the absence of the young man, became angry and decided to punish him for not coming to his reception. In the house, the Pasha’s wife told him that the young man tried to abuse her. This added insult to the Pasha’s injury. The Pasha asked the factory workers to heat a large pot of oil and ordered them to throw the last person to arrive to the factory in it. The Pasha told his wife about the plan, and as she was longing to get rid of the young man, she was very happy.

The young man used to come late to the factory. Fortunately, that day he came across a wedding celebration on his way to work. All of a sudden, he remembered the shopkeeper’s last advice “don’t miss your lucky night”. The celebration lasted until late that evening, and he had to sleep there.

The Pasha’s wife decided to pay a visit to the factory to witness the young man’s death and rejoice of his misfortune. The wife was the last one to enter the factory, so the workers threw her in the boiling oil pot as the Pasha ordered.

The next day, the Pasha went to the factory. He knew about what happened to his wife, and ordered for the young man to be brought in front of him. The young man explained everything to the Pasha. Being convinced, the Pasha said: “you are innocent. God knew that so he saved you. Now; I offer you this factory as a reward for your honesty and chastity”.

* A tale from Palestinian tradition 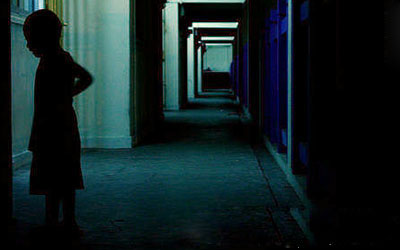 It happened years ago that there have been serous disputes between me and my ... 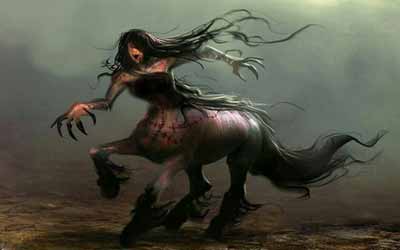 In the ancient times, in an area called Souss in southern Morocco, there was a ...

Beauty and the Beast: The True Story

In fact, the story is based on real events that took place in France about a ...