Help me .. a man tries to rape me while I am asleep! 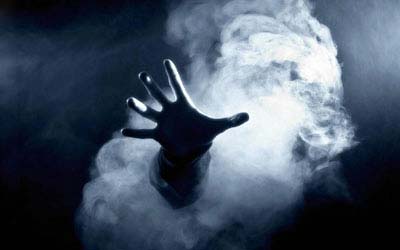 I think what happened to me was something dangerous, I'm really scared of it .. Heaven knows how am I still scared of it even while I'm writing this.

A week ago, I slept in the living room. Our living room is separated from the rest of our house, it is located in a separate floor with few other rooms that are abandoned and locked.

I slept for about half an hour, but it felt like a year !!

At first, I saw myself wondering around the house, I was going in circles around it, then I found myself back in the living room. I was almost sure that I wasn't dreaming.. I was seeing everything very clearly as if it was real!

Then out of nowhere, two figures appeared from the shadows, a man and a woman! The woman was standing on my right, while the man on my left. I couldn't see the man's face, but I could see the woman's face clearly, I tried to figure out who is she, but I couldn't recognize her at all.

Suddenly, the woman left the room and the man started approaching me, he started to touch me.. I was choked by fear.. I realized he was trying to rape me!!!

It was so real… I couldn't resist.. I couldn't even lift the blanket off me.. my body was paralyzed.

I started praying, I was praying hard deep inside, for I couldn't even move my lips! The man continued his attempt to rape me, he was trying to strip me off my clothes, but it was happening in slow motion!! I felt my body being very heavy, but my soul felt very light, as if it was flying in the sky! It was an indescribable feeling. A horrifying feeling.

The man uttered no word nor did he make any sound, the place was very quiet. Then I saw the woman again, she was hanging from the ceiling of the room, she whispered to me, "Resist him.. Never give up.. Try to get up.. do it".

Her words encouraged me, made me more determined to resist, I summoned all my strength and tried my best effort to move, and I did it! I actually managed to get up! I was breathing heavily and exhausted.

While I was trying to catch my breath, I realized that I actually woke up! What really scared me at that moment is the fact that I was literally topless! My clothes were scattered here and there around the living room! I was terrified and I was about to get up, but suddenly sleepiness started to take over me and I found myself lying back on the pillow, I kept trying to keep my eyes open, kept trying to resist sleepiness, I tried to get up, but to no avail, I was too weak. I started praying again, praying with all my heart, I pushed myself hard and thank God I managed to get up! I got dressed quickly and ran out of the living room, I was in such a rush I almost fell off the stairs.

I told my sister about what happened to me. She told my father to bring in a Sheikh to bless the place. He did. I told the Sheikh my story, and after he blessed the place I felt better. The Sheikh though advised me to never sleep in the living room again, and that's what I did, I never did sleep there again.

Two days after that incident, I was in the hospital as usual, for I'm a doctor working there. During my night shift, they brought in a body, it was a body of a female that died in an accident! When I looked at her, I discovered that she's the exact same woman from my dream!!! I was so shocked and terrified, I waited impatiently for the morning to arrive, and then left the hospital hurriedly.

Ever since that day everything changed, I barely sleep anymore, I cannot focus on anything! Can't focus on my work nor on my simplest private matters! I don't want to do anything anymore, my love flew off today and I didn't even go to see him off and wish him a safe trip! I feel so heavy… so lazy.. I don't know what is the explanation of this! I just know one thing.. that I cannot let my eyes close. 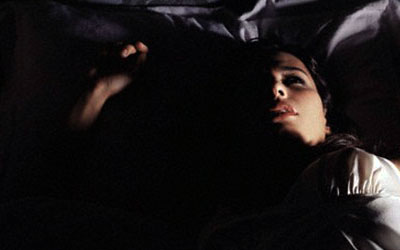 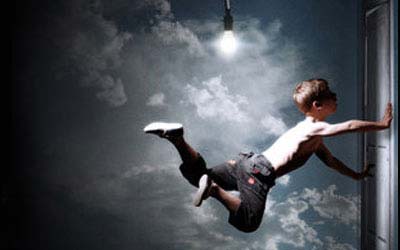